Safe autonomous navigation is an essential and challenging problem for robots operating in highly unstructured or completely unknown environments. Under these conditions, not only robotic systems must deal with limited localisation information, but also their manoeuvrability is constrained by their dynamics and often suffer from uncertainty. In order to cope with these constraints, this manuscript proposes an uncertainty-based framework for mapping and planning feasible motions online with probabilistic safety-guarantees. The proposed approach deals with the motion, probabilistic safety, and online computation constraints by: (i) incrementally mapping the surroundings to build an uncertainty-aware representation of the environment, and (ii) iteratively (re)planning trajectories to goal that are kinodynamically feasible and probabilistically safe through a multi-layered sampling-based planner in the belief space. In-depth empirical analyses illustrate some important properties of this approach, namely, (a) the multi-layered planning strategy enables rapid exploration of the high-dimensional belief space while preserving asymptotic optimality and completeness guarantees, and (b) the proposed routine for probabilistic collision checking results in tighter probability bounds in comparison to other uncertainty-aware planners in the literature. Furthermore, real-world in-water experimental evaluation on a non-holonomic torpedo-shaped autonomous underwater and simulated trials in an urban environment on an unmanned aerial vehicle demonstrate the efficacy of the method as well as its suitability for systems with limited on-board computational power. 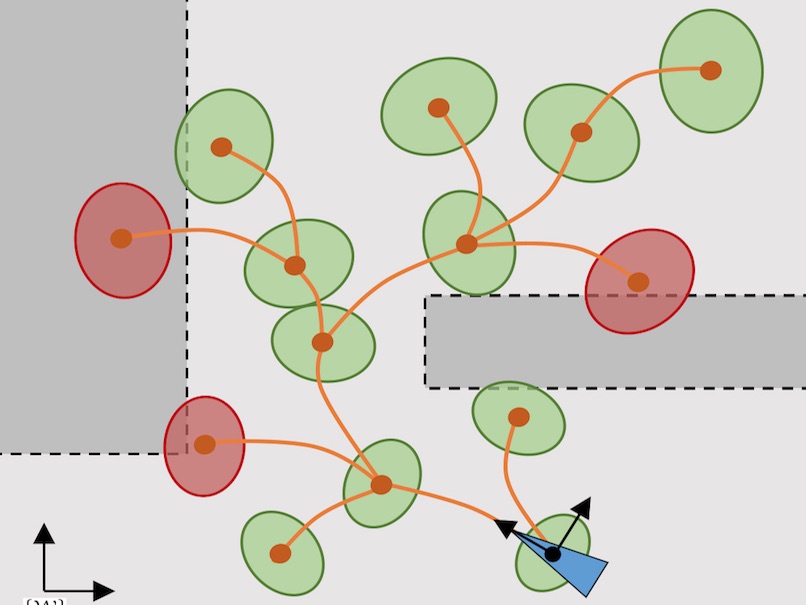 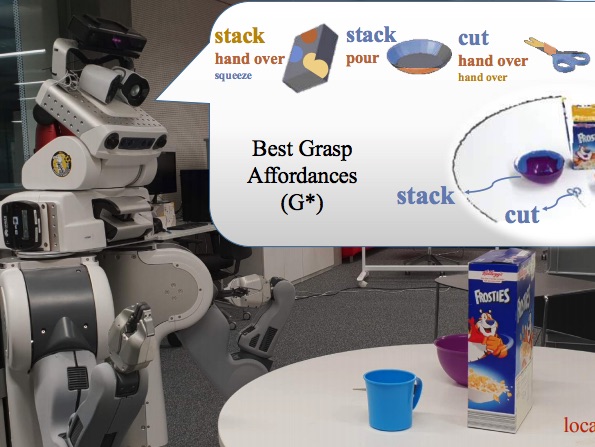 This paper describes the experience of preparing and testing the SPARUS II AUV in different applications. The AUV was designed as a lightweight vehicle combining the classical torpedo-shape features with the hovering capability. The robot has a payload area to allow the integration of different equipment depending on the application. The software architecture is based on ROS, an open framework that allows an easy integration of many devices and systems. Its flexibility, easy operation and openness makes the SPARUS II AUV a multipurpose platform that can adapt to industrial, scientific and academic applications. Five units were developed in 2014, and different teams used and adapted the platform for different applications. The paper describes some of the experiences in preparing and testing this open platform to different applications. 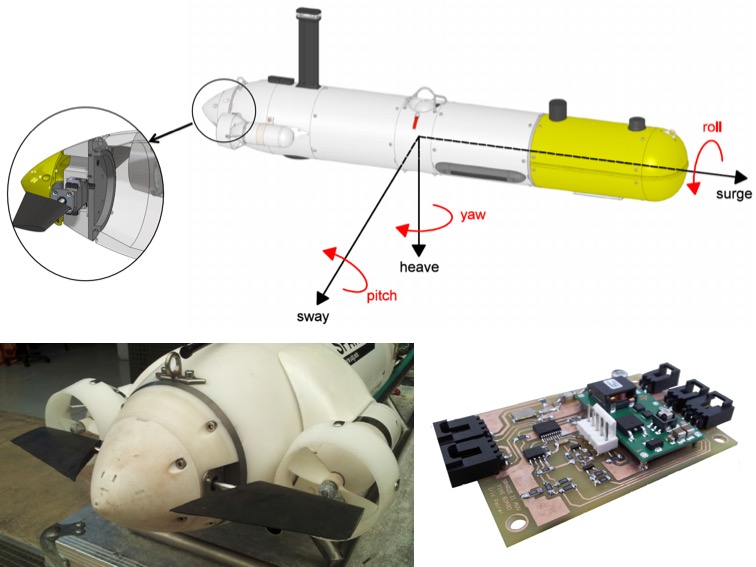 A Digital Twin for Human-Robot Interaction

Heterogeneous multi-robot systems offer the potential to support complex missions, such as those needed for persistent autonomy in underwater domains. Such systems enable each robot to be optimised for specific tasks to better manage dynamic situations. In this context, temporal planning can generate plans to support the execution of multi-robot missions. However, the task distribution quality in the generated plans is often poor due to the strategies that existing planners employ to search for suitable actions, which do not tend to optimise task allocation. In this paper, we propose a new algorithm called the Decentralised Heterogeneous Robot Task Allocator (DHRTA) which enhances goal distribution by considering task spatial distribution, execution time, and the capabilities of the available robots. DHRTA is the first phase of our decentralised planning strategy which supports individual robot plan generation using temporal planners. Experiments illustrate the robustness of the approach and indicate improvements in plan quality by reducing the planning time, mission time and the rate of mission failures. 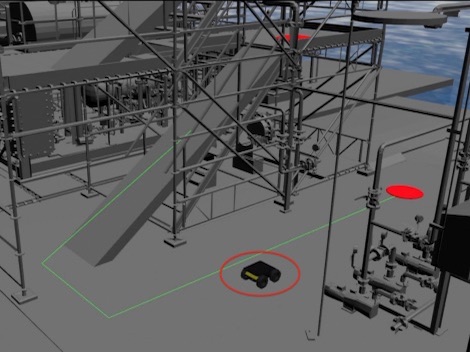 A Digital Twin for Human-Robot Interaction

Unforeseen events are frequent in the real-world environments where robots are expected to assist, raising the need for fast replanning of the policy in execution to guarantee the system and environment safety. Inspired by human behavioural studies of obstacle avoidance and route selection, this paper presents a hierarchical framework which generates reactive yet bounded obstacle avoidance behaviours through a multi-layered analysis. The framework leverages the strengths of learning techniques and the versatility of dynamic movement primitives to efficiently unify perception, decision, and action levels via low-dimensional geometric descriptors of the environment. Experimental evaluation on synthetic envi- ronments and a real anthropomorphic manipulator proves that the robustness and generalisation capabilities of the proposed approach regardless of the obstacle avoidance scenario makes it suitable for robotic systems in real-world environments. 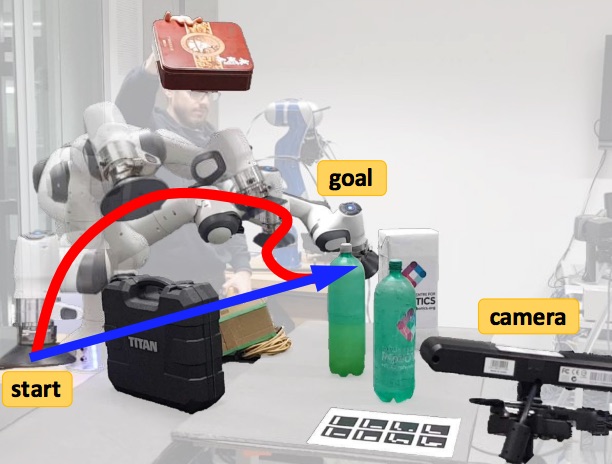 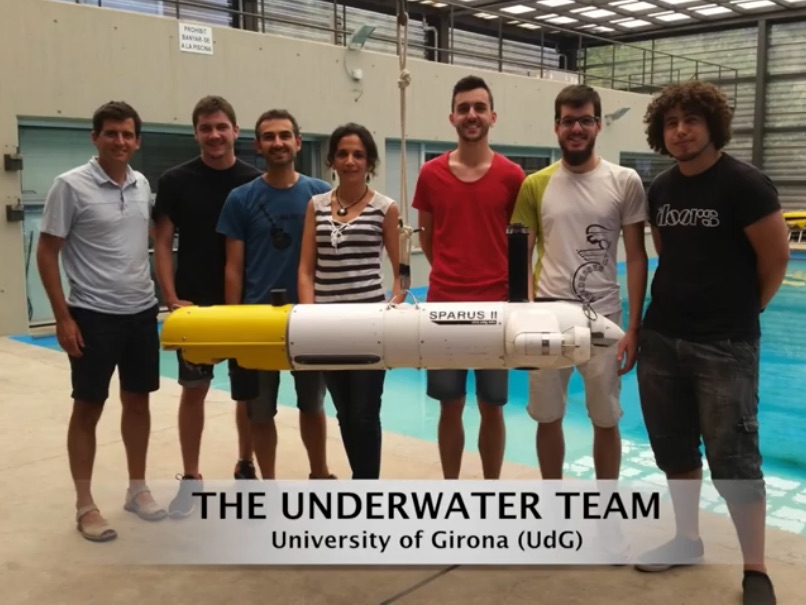 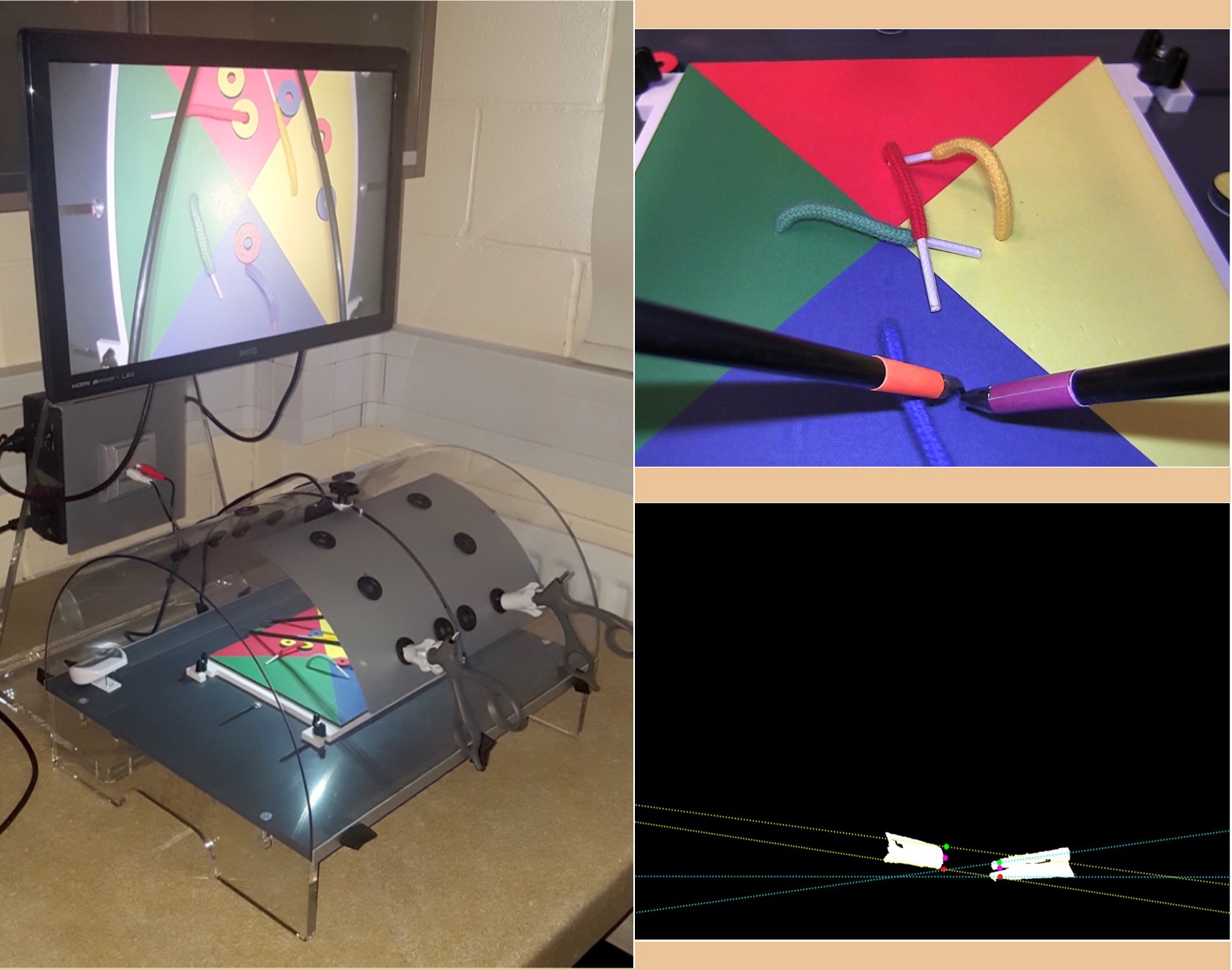 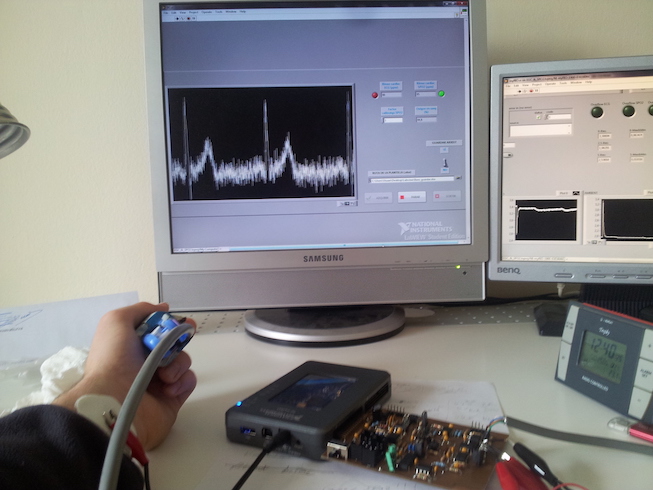 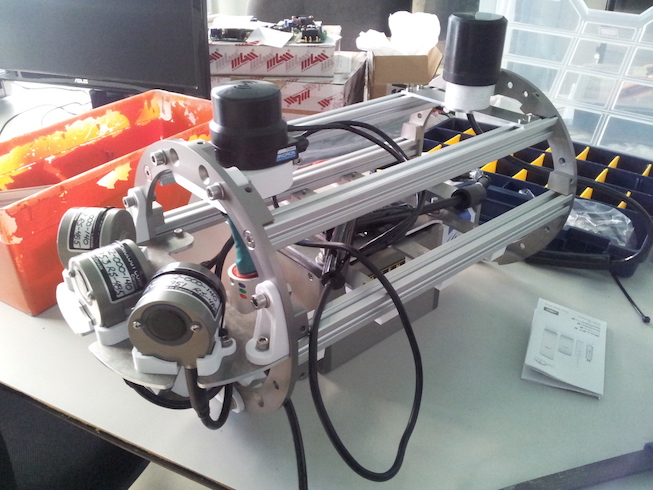 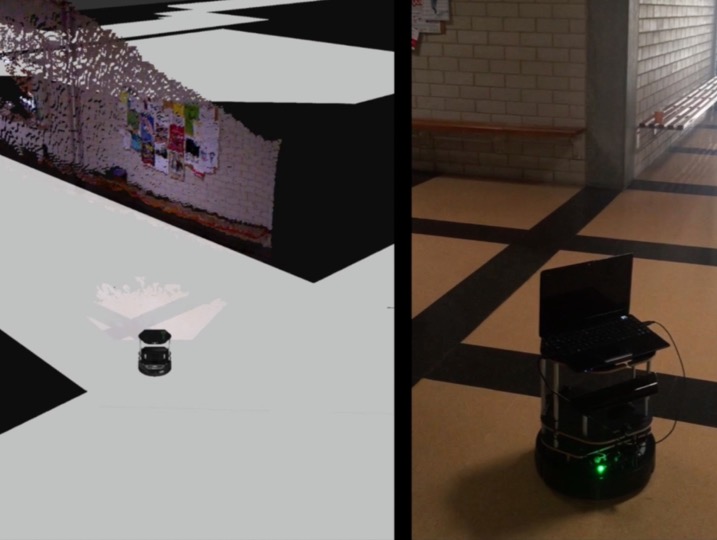 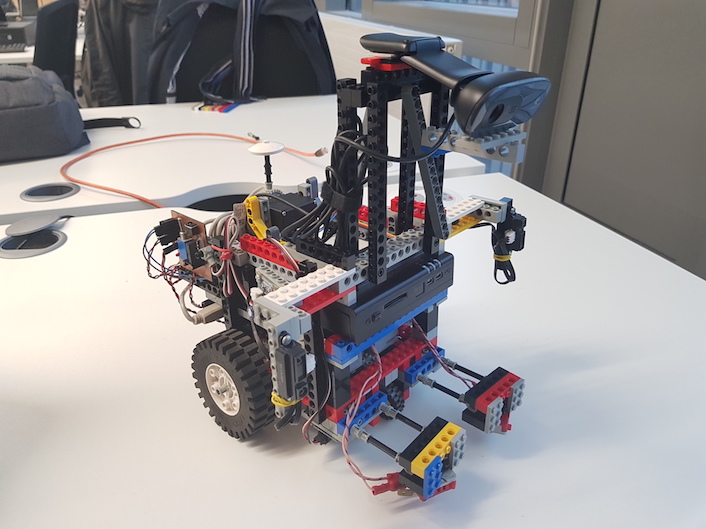 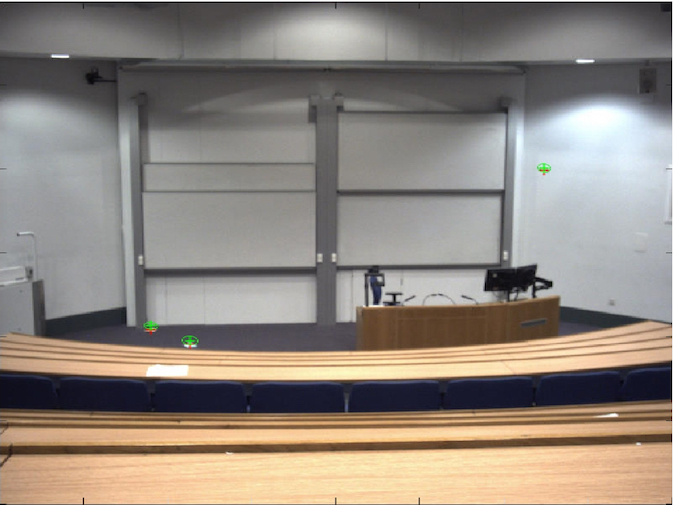 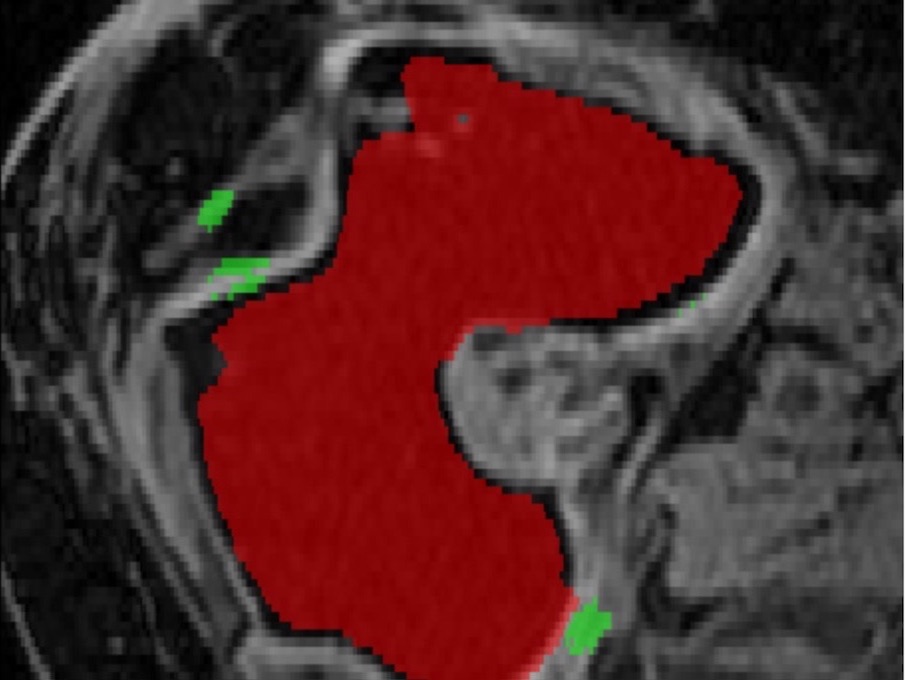 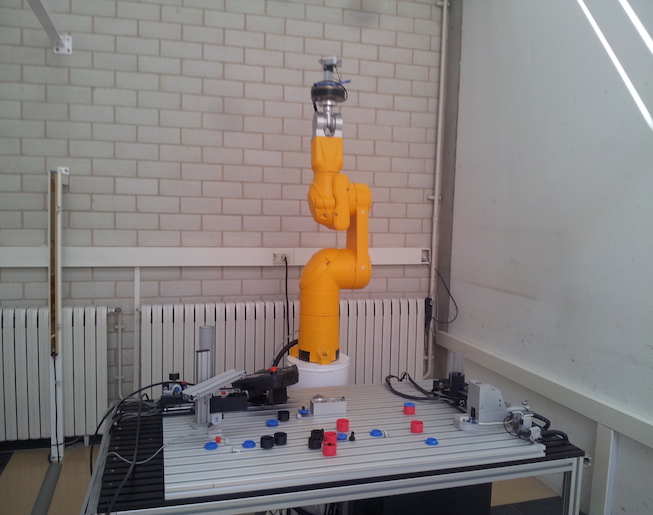 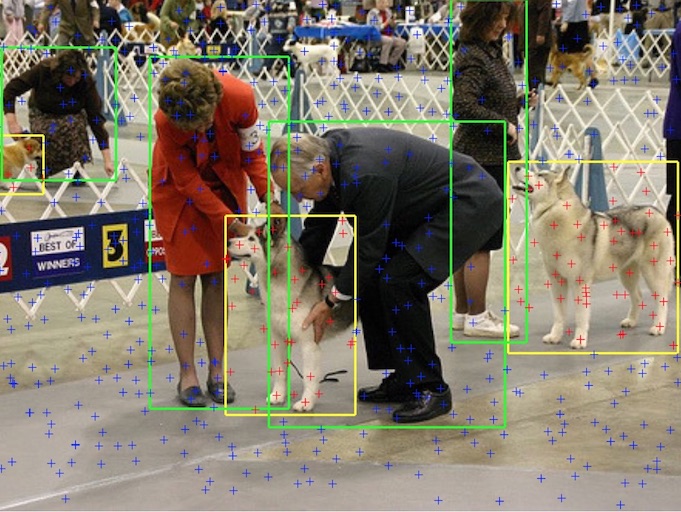 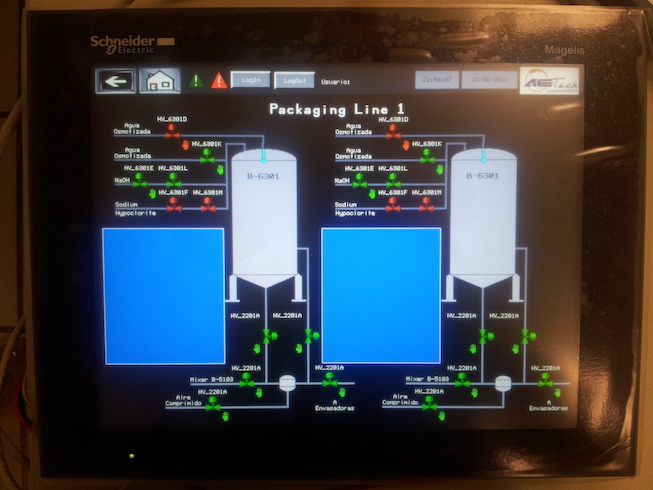 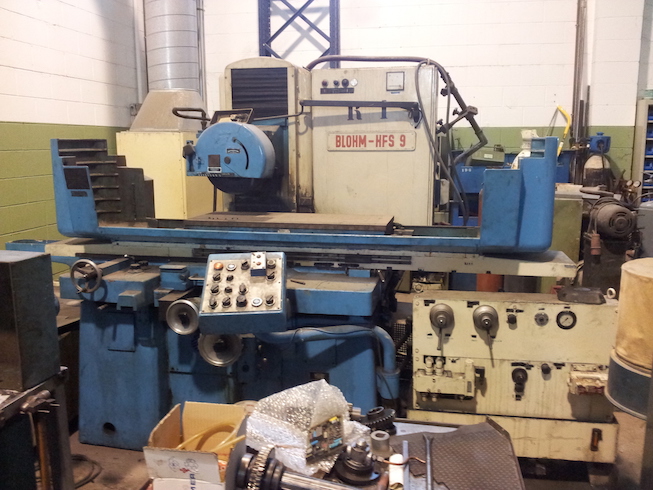 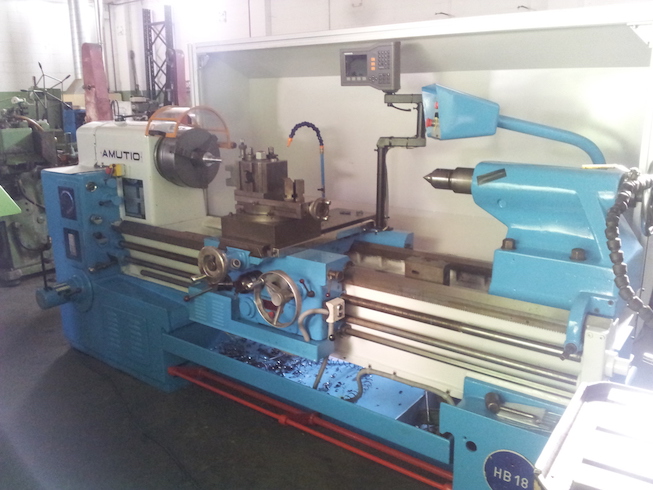 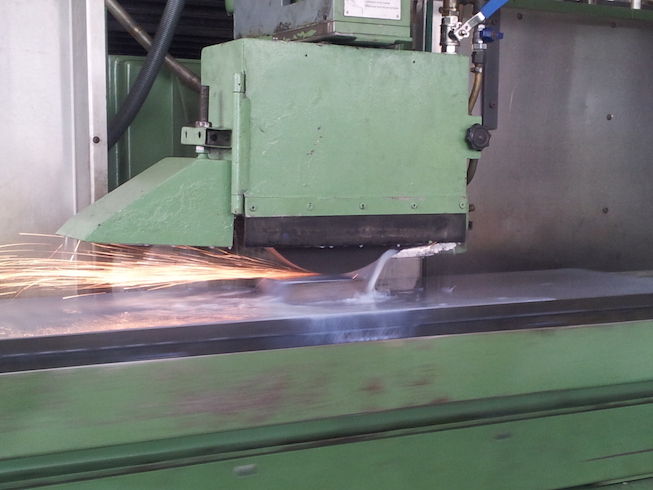